You can contact the Branch Secretary, Paul Espley, by emailing sruislipandmanorlp@blueyonder.co.uk or text or phone: 07521 380497

Tell us what concerns you : Hillingdon Labour Party Survey

Posted by South Ruislip and Manor Labour Party at 22:31 No comments:

Our next branch meeting is arranged for 8.00pm Tuesday 8 October 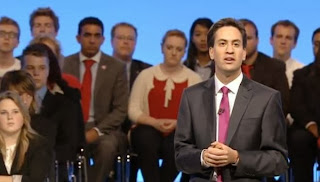 As well as an update on the current local and national on Party issues we will be reviewing the frequency of future meetings to fit in with the CLP campaigning activity in advance of the May 2014 Council and European elections.

All Labour Party Members living in the Manor and South Ruislip wards are invited to attend.

For details of the venue email the Branch Secretary: sruislipandmanorlp@blueyonder.co.uk

All residents are invited to let us know which issues most concern them through our Autumn 2013 survey
Posted by South Ruislip and Manor Labour Party at 08:09 No comments:

Out next branch meeting is arranged for 8.00pm Thursday 11 July.

As well as updates on Party activity throughout the Constituency there will be a chance for discussion on local issues directly impacting in the Branch area such as:

All Labour Party members living in the South Ruislip and Manor wards are invited to attend.

For details of the venue email the Branch Secretary: sruislipandmanorlp@blueyonder.co.uk

Posted by South Ruislip and Manor Labour Party at 15:49 No comments:

Dr Onkar Sahota, local GP and  Ealing and Hillingdon’s London Assembly member, is leading the fight to stop the closure of NHS hospital services in North West London and invites everyone to  join the biggest public demonstration through the streets of Ealing in living memory being held on Saturday 27 April 2013.


To join the march to Save Our Hospitals meet at Southall Park at 11.30am or Acton Park at 12.30pm. Attend the rally at Ealing Common from 2pm.


Why we are campaigning
On 19 February the London NHS approved an unprecedented programme of hospital closures.

North West London NHS plans to close four out of nine accident and emergency departments in NW London and other important services, like maternity units at four NW London Hospitals, Ealing, Central Middlesex, Hammersmith and Charing Cross. This will affect the healthcare of 2 million people in the region.


If these closures go ahead there will be no Accident and Emergency (A&E) facilities in the London Boroughs of Ealing, Hammersmith or Brent which together have a population the size of the city of Leeds. All emergencies will be diverted to neighbouring hospitals, such as Hillingdon and Northwick Park, which are already at capacity and exceed waiting time targets for A&Es.
1000 hospital beds will be lost and the NHS will sell hospital land to property developers to raise money.
88% of GPs in Ealing refused to support the closure plans. Save Our Hospitals campaigners believe the closures will lead to loss of lives.
The decision is in the hands of the Secretary of State for Health, Jeremy Hunt MP, who has said it will be subject to an independent review after Ealing Council refused to accept the decision because it is bad for residents of the Borough and the region.

It is now vital that the people of Ealing, and the other boroughs of NW London, demonstrate their strength of opposition to this plan to prevent the government from following it through.


Opposition to the closures has received local cross party support :
“These plans will be devastating both for Ealing and across North West London. With the growing population in the region we desperately need the accident and emergency units, and other health services such as maternity and paediatrics, that are provided by Ealing, Central Middlesex, Charing Cross and Hammersmith Hospitals. I am concerned that financial considerations are driving the proposed changes rather than people’s health needs and services will be stretched to beyond breaking point. I want as many people as possible to get involved in the Save Our Hospitals campaign so that health chiefs realise just how unpopular their proposals are.

“We have joined with all the political parties in Ealing to save the hospitals that people in the area use, namely Ealing, Charing Cross, Hammersmith and Central Middlesex Hospitals. Under plans published in the Shaping a Healthier Future consultation, these hospitals will be downgraded to ‘local hospitals’, stripping them of nine of the eleven major types of service currently provided on-site. If these plans go through it will have a huge effect on all those who currently use the hospitals, especially those with chronic conditions who have to make their own way to hospital for treatment regularly.


“My party are against the possible closures or downgrading of Ealing Hospital and the other hospitals which serve residents in the borough. If our local hospital loses the A & E, Maternity and Children’s wards, patients and visitors will have further to travel. People should make sure they fill in the petition.

The next branch members' meeting will be held at 8.00pm Tuesday 7 May.

For more information email the Branch Secretary : sruislipandmanorlp@blueyonder.co.uk
Posted by South Ruislip and Manor Labour Party at 14:49 No comments:

Fire cuts in London and consultati​on - Hillingdon meeting this Tuesday

A public meeting on the Mayor's propsals to get rid of 12 fire stations, 18 fire engines and 520 fire fighters across the capital, will be held in Hillingdon at 7pm, Tuesday 2 April,  at Middlesex Suite, Hillingdon Civic Centre, High Street, Uxbridge, Middlesex, UB8 1UW

Despite the Fire Authority voting against the cuts, as they will risk the lives and properties of Londoners, Mayor Boris Johnson issued a directive to overrule this vote and proceed to consultation on his plans. This consultation is running from 4 March until 28 May.

The Mayor tried to stop the Fire Authority consulting the public through public meetings for each Borough, but the Authority are going ahead with meetings despite his wishes and twenty-four public meetings are being held in different London boroughs.

The implications of the Mayor’s proposals are very serious – it will take longer for a fire engine to reach 4.7 million Londoners when they need one. Every second counts in a fire as a domestic fire can quadruple in intensity every 2 minutes.

London’s fire chief has said the cuts are driven by financial considerations but we think the safety and security of Londoners should come first. Boris Johnson wants to cut the council tax by the equivalent of just 1p per day for a property in Band D. Labour’s GLA members think most Londoners would prefer him to put the penny towards the fire brigade instead.

For more information on how the cuts will affect you click here.

To have you say on the consultation click here.
Posted by South Ruislip and Manor Labour Party at 17:22 No comments: 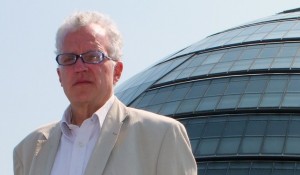 The guest spreaker at the next Uxbridge and South Ruislip CLP  meeting is Christian Wolmar, a well respected transport journalist and contender for the 2016 Labour London Mayoral candidate.

All Labour Party members and supporters welcome
Posted by South Ruislip and Manor Labour Party at 21:24 No comments: